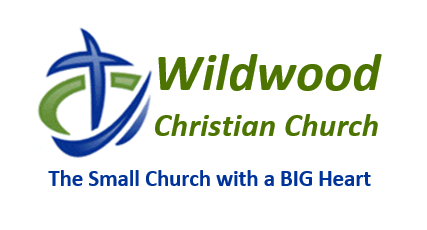 SUNDAY CHURCH SERVICE 11:15AM EMAIL ME AT: pastor.johnsebby@gmail.co

Hello,  My name is Anthony Hawkins,

In the Summer of 1969, I remember having a Damascus Road type of experience when I was on my way to a summer job at a school on the far end of the Village of Cleves, OH.  I remember in my own way fellowshipping with God and a light came down from the sky and shown on me and I began to cry and unbeknown to me at that time my life had been blessed to do the work of Christ.  Later I began to "Preach" to my friends But, I didn't have the knowledge or the power to do it at that time but the fire was lit.

Not fully appreciating what happened to me I went on and lived my life.  Everything I did or thought I was big and bad enough to do. I felt like there was a {Restraint} on my life.  I could experience up to this point but no further and I thank and Praise God for that because a lot of people that I hung out with was getting messed up, jacked up and tore down because of what we was into.  This is not to say that I got away with stuff because I paid my dues for a foolish lifestyle.

At the age of Twenty Four I left Addyston and joined the Air Force, went to Texas for basic training and my MOS Training.  I was stationed at March Air Force Base which was in Moreno Valley California  from December 1978 until April 1997.  I lived there and experienced life to the fullest.  I met my future wife there.  We had our share of life's ups and downs.  I started to feel the pull of God on my life again after I got out of the Service.  Still living in the world doing what what I thought I was big and bad enough to do. But, while doing all this I found my desire was to know God and learn about him, so I started going to different Churches and spent a year with the Jehovah Witnesses and  they said that I had to join or they would move on. They moved on so did I. It never felt like the right fit for me.

The Summer of 1996 while being homeless with my past wife, I had a dream of be being in a pulpit preaching.  So, in April of 1997 I told my family that we was going to leave California.  I didn't know how because I wasn't working but God made a way so I left them and moved back to Ohio, found a job and was able to move all of them back with me.  { God is a way maker} He made it possible for them to be with me.

While attending a Methodist Church under the Unction of the Holy Spirit I came out and made the Declaration that God had called me to the Ministry.  Reverend Guy Robinson was the Pastor.  This happened in October and in November I had gotten up the nerve to do a trial sermon and it was " Spending Your Coins Wisely" Matthew 25: 15-30.

It was at this time that I told the woman who had been by my side all through the early years that I couldn't do God's work until we got married so the following year June 1998 we got married.

April of 1999 Our house was destroyed by a tornado while we was in it sleeping.  Nobody got so much as a scratch on them , the house was tore up, no walls, only thing standing was the bathroom.  God was speaking to us and all those that had an ear to hear what He was saying.

I left the Methodist Church and joined the Early Church of God in Christ {Samaria} which was is Pastored by J. Raglin.  I grew under her watch care and that of the ECOGIC Movement which at that time  was under Bishop Wilson {The year I left Methodist Church was 2000}.

I did my Trial Sermon in Atlanta that year from the Book of Isaiah 10:3 "Time of your Visitation".  2005 I was called into the Prophetic, two years I ran from it.  But, I could not run far or fast enough to get away from the call, so in 2007 at Samaria, I told the Pastor about my calling. She told me that it was up to me to make the announcement.  So at the Conference in 2007 at Mount Calvary,  I made the announcement and did my sermon which was out of Ezekiel 2: 2-10 and 3:18-22.

On December7, 2014 my life got turned upside down with the death of the woman that was my wife.  I had been with her for 30 + years,  It was a gut shot of the worse kind for me and the children,  but God was there through it all and we made it!

God had a woman waiting in the wings who was to be my Joshua.  Peggy was my Moses "that was a revelation word".  Gina is my Joshua.  We are entering into the Promise Land.  We were Married in November of 2016. I moved to Georgia and was planted at Wildwood Church where I co-Preach with the Interim Pastor.

I believe for me, one of the Greatest Miracles in my life is that I've never been to Seminary or Bible College and God has led me to sources which I have learned from, those I believed the Holy Spirit  set in front of me to learn and mentor me and I've always loved to dig in the word of God so that has been a blessing to me and the Bible says that your gifts will make room for you. {Proverbs 18:16} Through it all I say To God be the Glory Forever and ever, Amen

Because of my New Wife, my family has been extended, so I now have two more sons to go with the two daughters and one son and I am blessed with a daughter and son in law and grandchildren.  So I say I am Blessed Hallelujah Glory to God!